(Denver, CO) Leeds West Groups (LWG) is extremely proud to be awarded the 2017 Large Group North America Midas Franchisee of the Year Award. The Midas Franchise of the Year award recognizes and rewards the highest and most exemplary performance within the franchise organization. As 2017 nominees, franchisees had store(s) that finished in the program’s Top 100 Standings, based on: sales growth in 2017 vs 2016, sales volume in 2017, car count growth in 2017 vs. 2016, tire sales volume in 2017, and tire sales growth in 2017 vs 2016.  LWG 2017 goal setting location was Midas King of Prussia, PA (Philadelphia suburb) store managed by Jim Leary and Michael Troll.

With ASE, a LWG company as of January 2, 2018 being awarded the 2015 North America Midas Franchisee of the Year Award, this now marks LWG second year that a LWG company was awarded this honor.

“LWG winning the 2017 Large Group North America Midas Franchisee of the Year Award is a testament to each and every team member across our organization, and their daily efforts and motivation to be the best automotive aftermarket group in the United States day-in and day-out.” – Judd Kyle Shader, LWG Chief Executive Officer/ Board of Directors

LWG franchise automotive retail group consists of 97 franchise locations all within the brands of Midas, Speedee Oil, and Big O Tires. LWG has locations operating within 16 states and has over 850 proud team members. 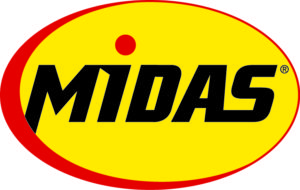