Leeds West Groups (LWG) have entered into an agreement to acquire Auto Systems Experts (ASE), an employee-owned company based out of Davenport, IA that operates 42 Midas locations in six states in the Midwest with a full complement of Midas’ automotive services.

The planned acquisition includes all of ASE locations, real estate holdings, buildings, and equipment, making it the largest single acquisition by a Midas franchisee in Midas history. Alan S. Mahrt, the former president of ASE will serve as Chief Operating Officer of the new division of Leeds West Groups.

The transaction has been approved by each ASE and LWG respective Board of Directors and is subject to customary closing requirements and regulatory approvals. Financial terms of the transaction were not publicly disclosed.

In conjunction with the acquisition, Leeds West Groups has named current Board of Directors Member Joshua A. Weinreich as Chairman of the Board of LWG. Josh Weinreich is a career finance executive.  He retired in 2004 after 20 years on Wall Street after serving in senior positions at Bankers Trust Co. and Deutsche Bank, including Global Head of Hedge Funds and Chief Executive Officer of Deutsche Asset Management, Americas. Mr. Weinreich chairs the Board of Leeds West Group.  He is an independent Director of Skybridge Capital Hedge Fund Portfolios and House Party, Inc., and is on the Advisory Board of Primary Venture Partners. He has previously served on the Board of Directors of Alliance Bernstein (2013 – 2017),  as a Member of the Newark Academy Board of Trustees (2009 – 2014), and Member of the Cornell University Endowment Hedge Fund Subcommittee (2002 – 2012). Mr. Weinreich is currently Board Chair of the Community FoodBank of New Jersey, and Chief Investment Officer of Overlook Hospital Foundation.  He is a graduate of Cornell University and holds an MBA from the University of Pennsylvania, Wharton School of Business.  He resides in Summit, New Jersey.

Additionally, Mr. David H. Byron Smith, Jr. JD, has been appointed to the Board of Directors of Leeds West Groups. Mr. Smith currently serves as Executive Vice President for Policy & Legal Affairs and General Counsel at the Mutual Fund Directors Forum in Washington DC. Mr. Smith also holds a seat on the Board of Directors of Northern Trust Bank since April 20, 2010 and Illinois Tool Works (ITW) since December 4, 2009. ITW owns companies such as Deltar, RainX, Wynn’s, Densit, Miller Welding, Hobart, Ramset and Zip Pak to name just a few.

“This acquisition represents a powerful opportunity for LWG to significantly expand our presence in the United States in the franchise automotive aftermarket repair industry,” said Judd Kyle Shader, CEO, Founder, and Board of Directors member of Leeds West Groups. “As one of the premier automotive management companies, Leeds West Groups has clearly demonstrated its ability to apply its considerable resources and expertise to enter and lead in the franchise automotive aftermarket repair marketplace for many years to come.”

Founded in 1957, Auto Systems Experts, Inc. (ASE) is one of the oldest Midas franchisees in the country providing comprehensive diagnostics and repair of all major automotive systems. Prior to the acquisition ASE was 100% employee-owned under an employee stock option plan.

“We have worked closely with LWG in a strategic partnership over the last two years to make this acquisition a natural fit that will grow ASE for many years to come in resources and new locations, making this a seamless benefit for all,” said Alan S. Mahrt, former president of Auto Systems Experts.

In 2013, Leeds West Group acquired 30 Midas corporate stores in nine states in an arrangement to convert Midas corporate shops into franchised locations. At the time of the transaction it was the largest single Midas store purchase by a franchisee in the company’s history.

“The ASE and Leeds West groups represent two of the finest dealer teams within the Midas system and we are extremely excited to work with both Judd and Alan as they continue to expand into new areas and grow market share,” said Ron Seagle, VP & GM, Midas.

Midas is one of the world’s largest providers of automotive services, offering brake, tire, maintenance, exhaust, steering and suspension services at more than 2,100 franchised and licensed Midas shops in 14 countries, including over 1,200 in the United States and Canada. For more information visit midas.com.

For more than 60 years, TBC Corporation (TBC), one of North America’s largest marketers of automotive replacement tires through a multi-channel strategy, has been a tire company ahead of the curve. Through worldwide operations spanning wholesale, retail, and franchise, TBC provides customers best-in-class brands and automotive maintenance and repair services with the underlying mission to exceed customer expectations. TBC serves wholesale customers in the United States, Canada and Mexico through TBC Brands, Carroll Tire Company, TBC International, and TBC de Mexico. 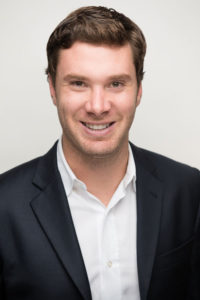 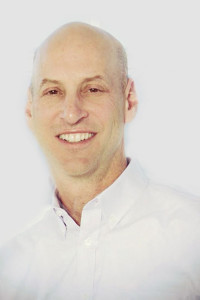 Leeds West Groups Chairman of the Board, Joshua A. Weinreich