LWG is coming in as a pure equity partner along with a strategic infrastructure infusion, as LWG will have no day-to-day operational controls of this market. The Monteverde Group led by Christopher Monteverde will manage all pieces of the day-to-day operations as they currently do, and LWG will assume back office infrastructure responsibility and aggressive growth funding.

“We have made the strategic move to start investing in world class operators and we firmly believe Chris and his team are that. We believe we can enhance LWG growth avenues now across a whole new level of opportunity while leveraging our best in class automotive specific office, purchasing, and software infrastructure. All alongside LWG current aggressive growth strategies in our current stores and current marketplaces. We have worked very hard setting up the LWG Senior Management team to be able to operate at a very high level with clear cut structural responsibilities in all arenas giving LWG now the ability to go after any and every multi unit large scale deal we see fit in the automotive aftermarket repair sector nationwide. We are very proud to kick this off with what we see as an exciting and aggressive Q3 and Q4 for LWG growth in our current stores and new markets with a big addition and bang with 8 Big O Tires locations in Texas and our investment into our 16th State.” States Judd Kyle Shader, CEO/Board of Directors LWG

The Monteverde Group along with the Big O Tires brand entered the State of Texas on January 15th of this year.

“The Big O brand is a powerful brand that we believe has huge potential in the State of Texas and beyond. The marriage of LWG now gives me and my team the ability to go after any growth opportunity Nationally that I see fit for my Big O Tires team and allows us to capitalize on their automotive specific office infrastructure, while allowing my team to deliver a high level of operational excellence.” States Chris Monteverde CEO The Monteverde Group. 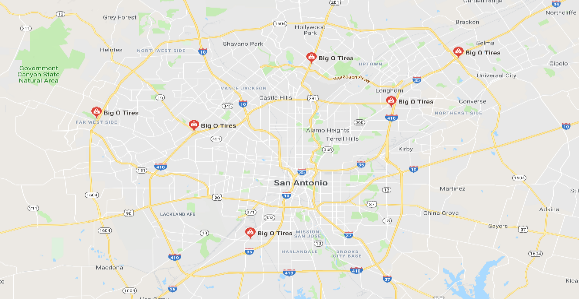 About the Monteverde Group

The Monteverde Group joined the Big O Tires organization in 2004 and has since expanded to 24 locations with 8 in the State of Texas and 16 in Northern California. CEO Chris Monteverde was named 2017 Franchisee of the Year by Big O Tires, as well as 2018 Franchisee of The Year by the International Franchise Association (IFA).

Leeds West Groups (LWG) was founded in 2009 by current CEO and Board of Directors Member Judd Kyle Shader and is headquartered in Greenwood Village, CO. LWG is a management platform that is capitalized by PE and Family Office funds that acquires, owns, and manages National Automotive Repair Franchise brands across the Continental United States including a National real-estate portfolio and National investment opportunities. LWG Board of Directors is Chaired by Joshua Weinreich. LWG now currently employs over 900 team-members with now over 93 automotive retail locations, operating in 16 states across the Continental United States.